Another visit to Canberra with some mates who also enjoy a bit of photography, and a challenge, saw us once again at the Australian National Botanic Gardens. On this occasion we decided to challenge ourselves by taking only one lens and one body. Knowing this location offered opportunities for macro with the abundance of flowers and insect life, but also telephoto with the amazing number of lizards that are always present, there was only one choice for me, and that was my new Tamron 35-150mm F2.0 lens.

The Tamron 35-150mm F2.0 lens is neither a macro lens or a true telephoto, and perhaps the Tamron 150-500mm would have been a better choice, but its extra weight was not what I wanted on the day, so the Tamron 35-150mm F2.0 lens it was. Plus, I had one advantage over my colleagues, I had a 61-megapixel sensor that would allow me to crop to get closer if need be. My colleagues both had around 20 megapixels to play with. One wielded a Panasonic Lumix G9 with a beautiful Leica 50-200mm (100-400mm in 35mm terms) lens, the other a Canon 5D MkII with a Sigma 180mm Macro lens. 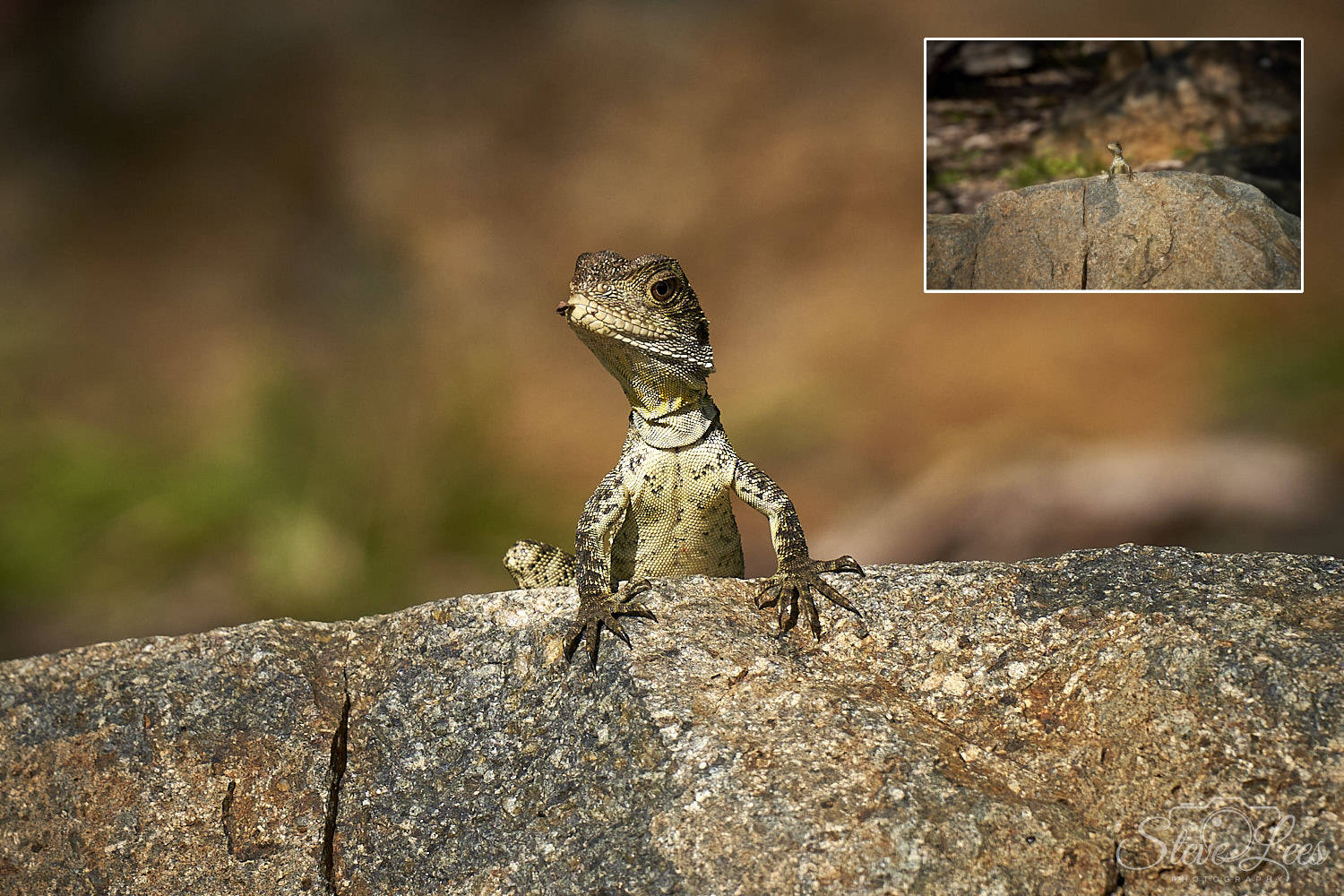 The question of just how sharp the Tamron 35-150mm is, answers the question of how good (or not) my 61-megapixel advantage would be. The above image of this baby lizard perched on top of a rock was taken with the Tamron 35-150mm fully extended at 150mm. I had to heavily crop the image to almost a third of its original size to get the above crop, and yet the image is as sharp as you could ever want it to be, amazing! This lens continues to impress me with every shoot I do. Is this the best Tamron lens ever? Quite possibly. 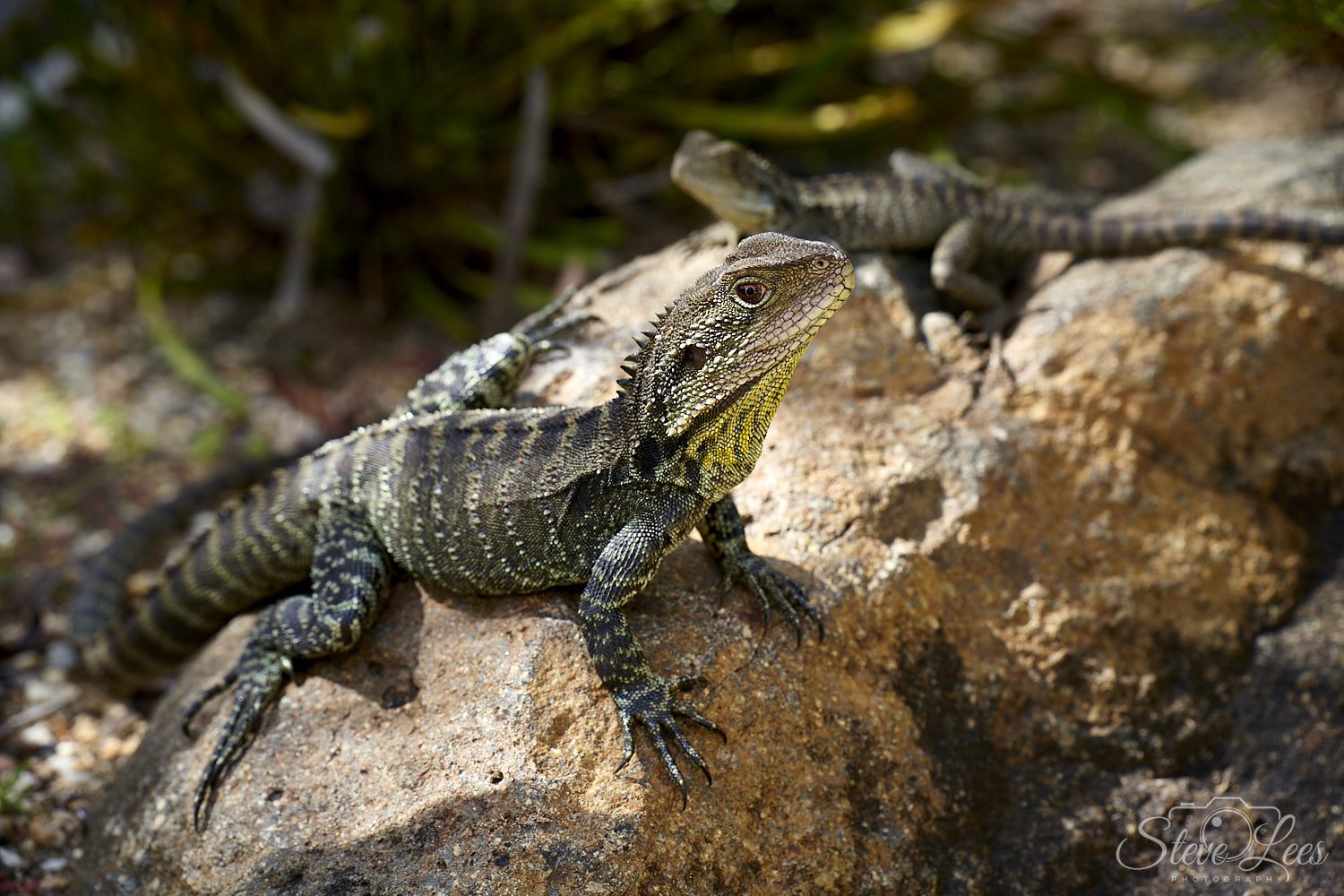 Lizards of all sizes everywhere, from 15cm long to full size adults.

On previous trips to the Australian National Botanic Gardens, I have used my Sony 70-200mm lens, and even the Sony RX10 Mk4 with its 600mm reach, to capture the lizards, so being ‘restricted’ to a maximum reach of only 150mm could have been a little restrictive. But as the image of the baby lizard above proves, I had the ability to crop quite a bit if needed. The lizards here are for the most part fairly chilled out, and most allow you to get pretty close and the 150mm limit proved to be less of a problem with the older lizards. The younger lizards however were far more skittish. 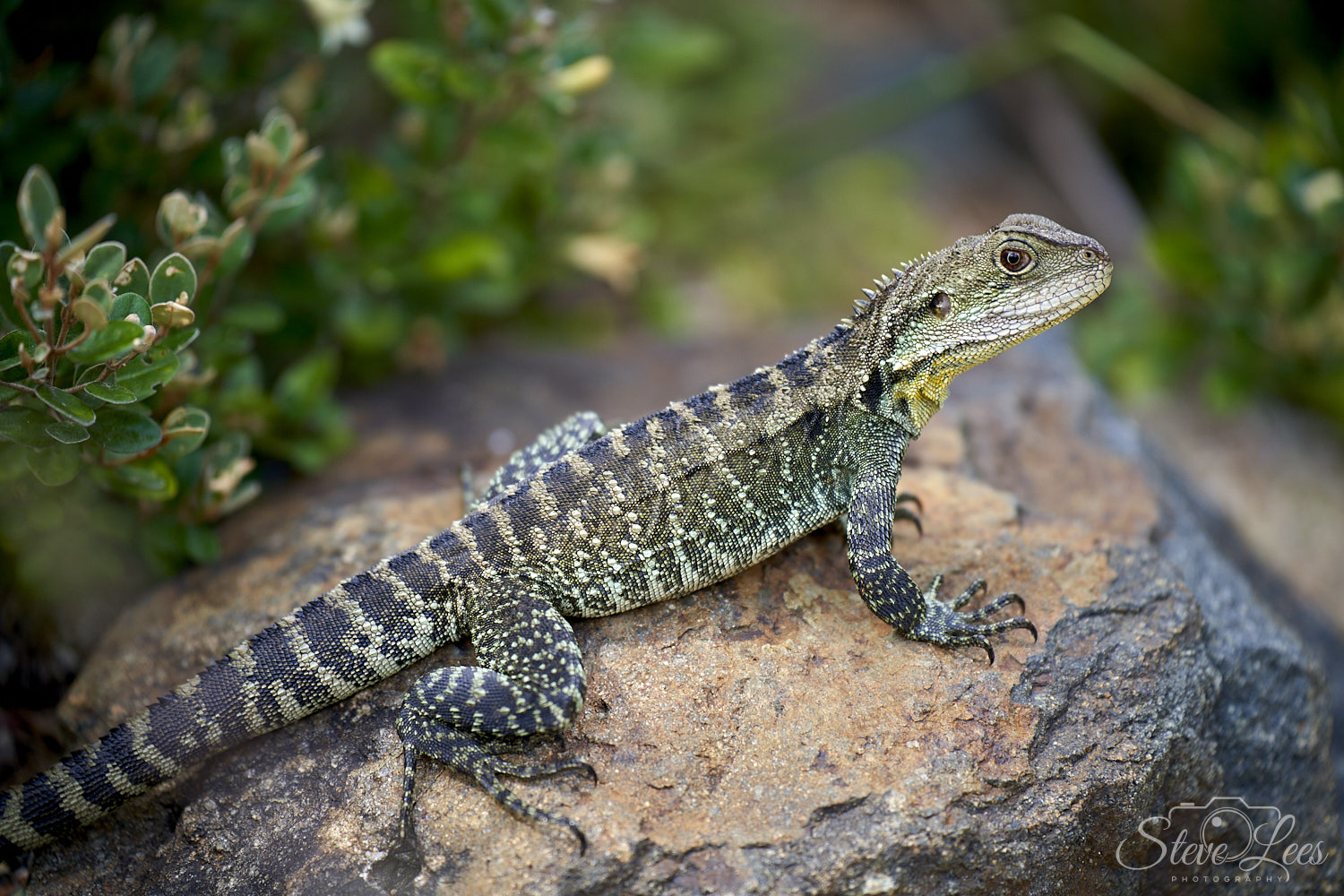 Uncropped image of an older lizard, allowing me to get close enough for the 150mm limit of the Tamron.

I can never go past bees when I am at the Australian National Botanic Gardens, and this day was no exception. It is pretty clear the Tamron is no macro lens. I chose to use it at the 150mm end rather than the 35mm end which would allow me to get closer but looks less natural than the longer end. Clearly, I am not really close to the subject, even after heavy cropping, but the images produced do look great. However, these results cannot compete with the Canon 5D MkII/Sigma 180mm Macro reach! 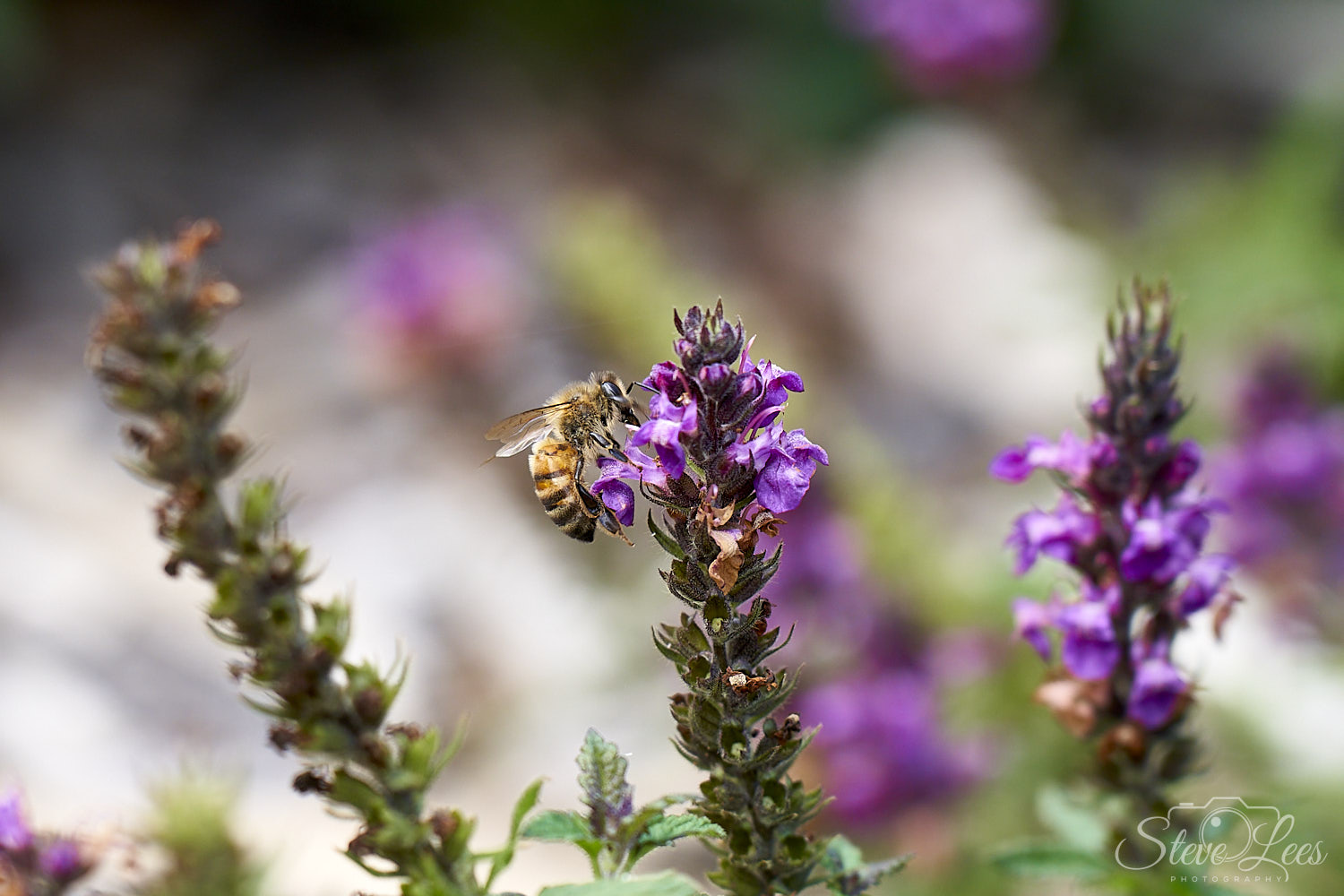 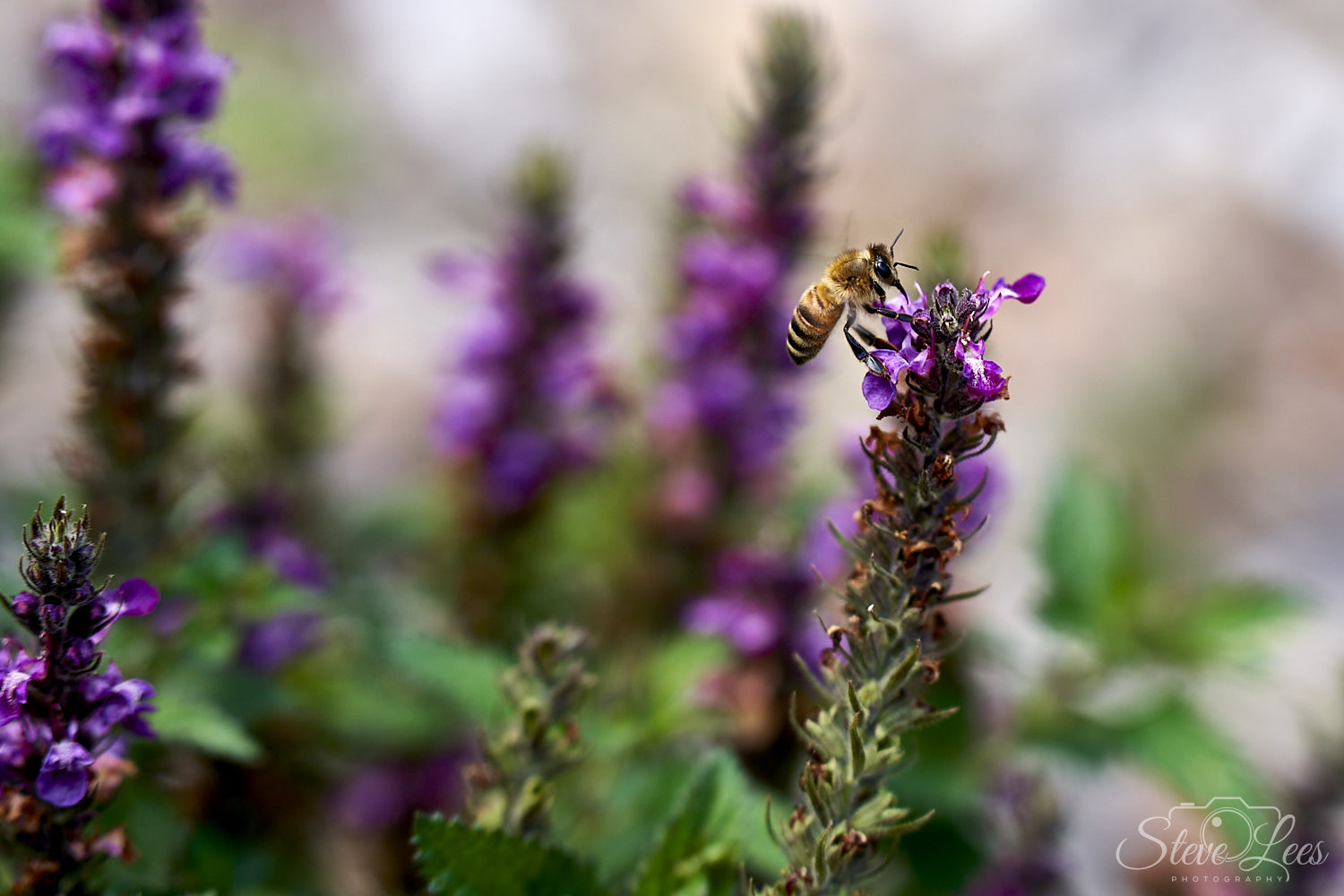 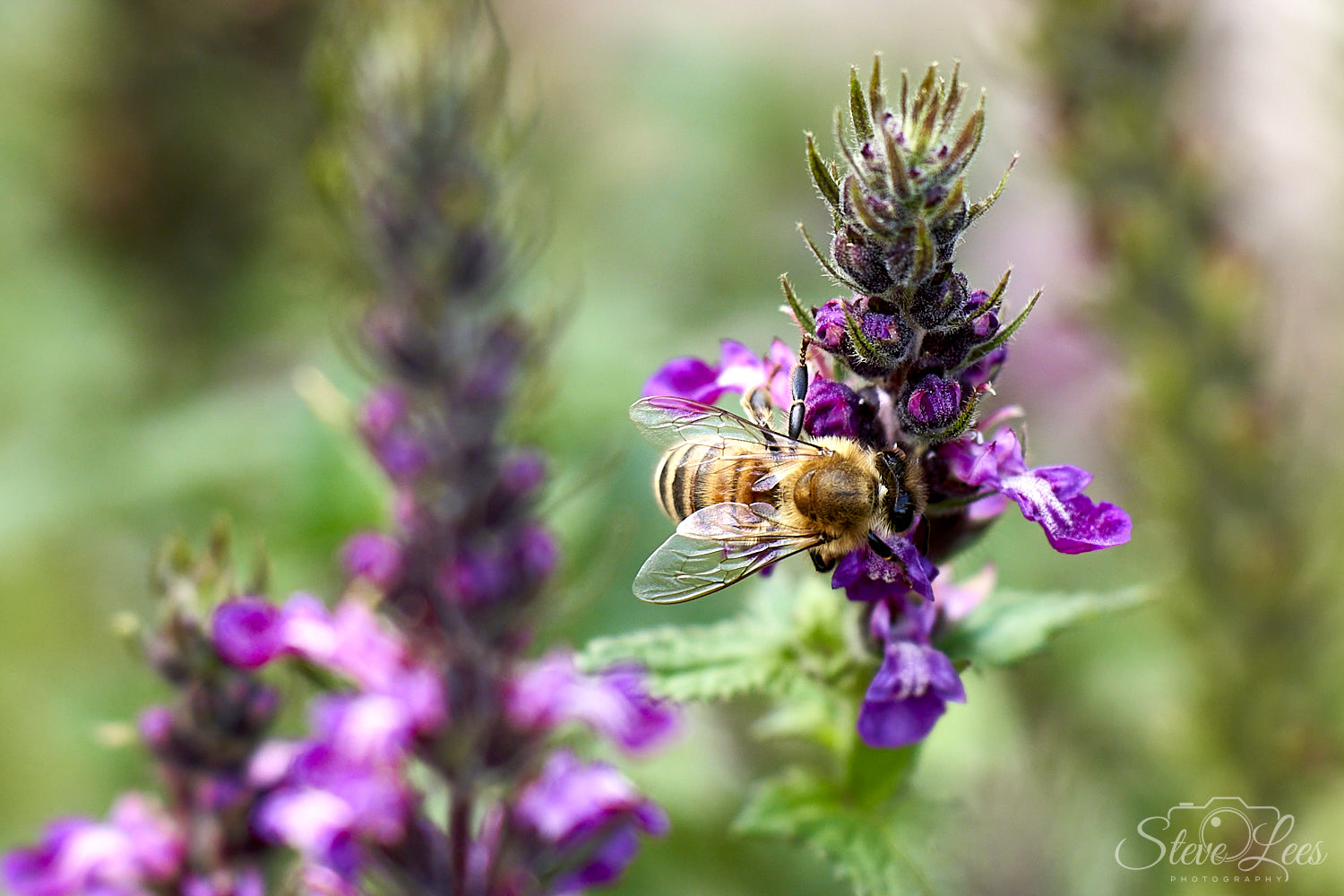 Cropped to only 2765 pixels wide, but it is so sharp and detailed you could be forgiven for thinking a Macro lens was used!

I think the Tamron 35-150mm lens did an amazing job of covering all my needs on the day. Even with the heavy cropping, the Sony’s 61-megapixel sensor allowed me to get some great images and still retain a decent number of pixels. I say it again, is this the best Tamron lens ever made?