Canberra, ACT
After a day out shooting with a mate in Canberra, we decided to try and get a sunset shot over Lake Burley Griffin.

As we drove around to where we wanted to shoot it was clear we had little time left to grab some shots. We quickly grabbed our gear and ran for the waters edge to start shooting and the sky lit up in spectacular style. In the heart of the Australian Capital Territory city of Canberra, the Australian Capital, is Lake Burley Griffin, which divides the city with Parliament House on one side, and the CBD on the other. Much of Canberra’s beauty is in and around Lake Burley Griffin itself. No matter if it is by day or night, the lake offers much to see and do on any visit to Canberra. 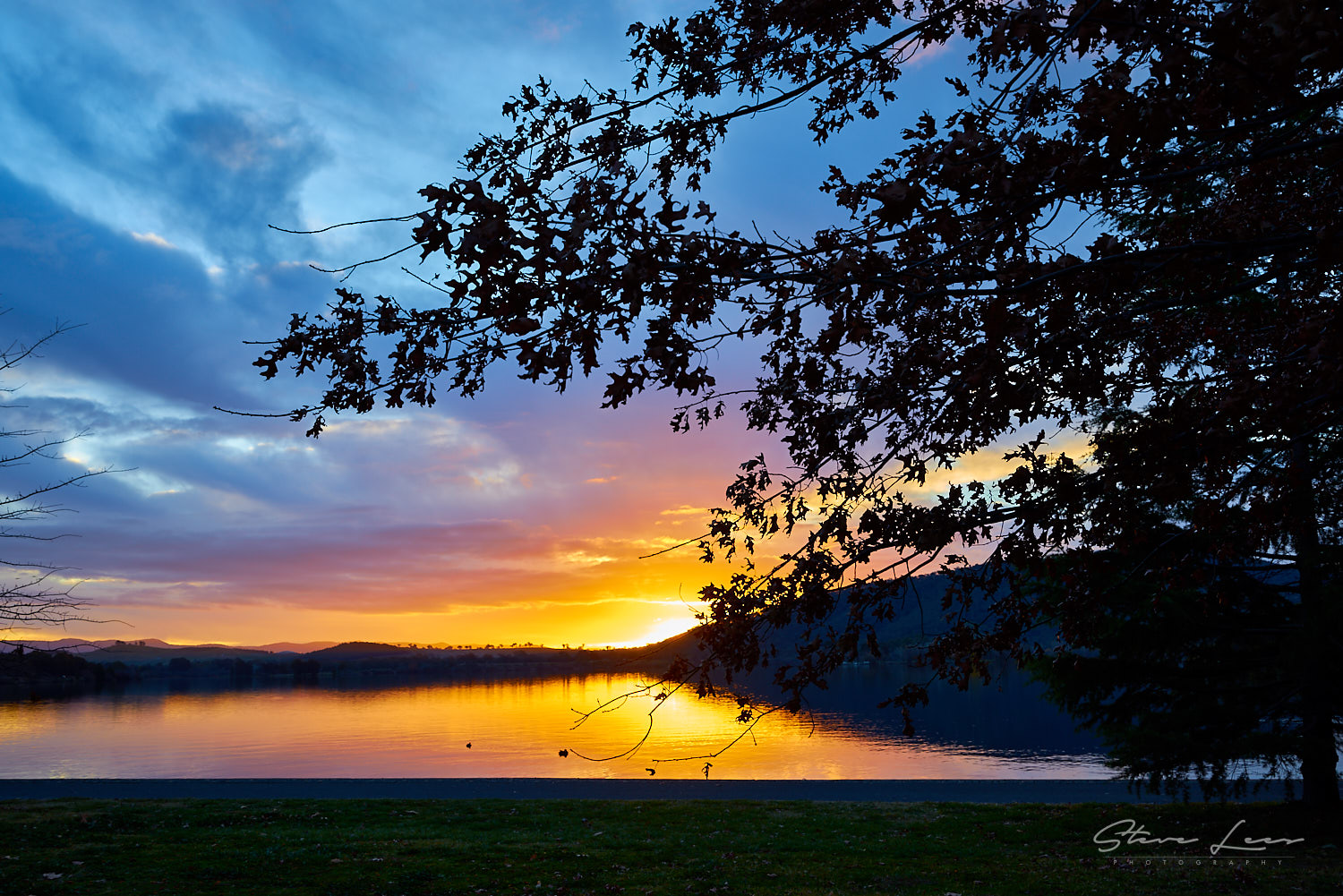 Lake Burley Griffin is an artificial lake in the centre of Canberra, and was completed in 1963 after the Molonglo River, which ran between the city centre and Parliamentary Triangle, was dammed. It is named after Walter Burley Griffin, the American architect who won the competition to design the city of Canberra.

Griffin designed the lake with many geometric motifs, so that the axes of his design lined up with natural geographical landmarks in the area. However, government authorities changed his original plans, and no substantial work was completed before he left Australia in 1920. Griffin’s proposal was further delayed by the Great Depression and World War II, and it was not until the 1950s that planning resumed.

After political disputes and consideration of other proposed variations, excavation work began in 1960 with the energetic backing of Australian Prime Minister Robert Menzies. After the completion of the bridges and dams, the dams were locked in September 1963. However, because of a drought, the lake’s target water level was not reached until April 1964. The lake was formally inaugurated on 17 October 1964.

After a day of photographing all we could around Canberra with a fellow enthusiast, we rushed to the lake for the sunset and made it just in time. Over the next 30-40 minutes we watched the colours swell to a crescendo of gold and blue.

Shot on a Sony A7R with a