Dell Customer Support is a Nightmare

The Dell XPS15 is a great laptop and I have enjoyed it very much, I even convinced a few others to buy one. Sadly it is let down by appalling support here in Australia.

I purchased a DELL XPS15 Core i9/32GB/1TB SSD on the 8th of June 2018, directly from Dell for a discounted sum of $3689. (RRP $4499) I bought it for my web work where I regularly am out of office working directly with my client, and my photography work to use it for tethering to my camera during shoots etc. For its time it was a hugely powerful laptop with a stunning 4K screen, perfect for my needs. However, when it arrived, it arrived with a mark in the screen, as if there was something behind the screen pressuring it, and that area showed up with a white blotch that stood out like a sore thumb.

As I had work on at the time, I needed to use it as I has already offloaded my previous laptop, so I put up with the problem for a couple of months. So the first Support request was to replace the faulty LCD screen. The screen was replaced and the support service was fast and I was happy with it. Some months later I decided to upgrade the wireless card in the XPS to the new A6 wireless card from Killer so I made the purchase, and when it arrived I started to try and open the XPS up to fit the new card. I discovered that the technician who replaced the screen had either over tightened or cross threaded one of the screws under the service flap, to the point where he had destroyed the head of the screw and as such, I could not open the laptop to change the wireless card.

I contacted Dell support on 23rd August 2019, two months out of Dell Warranty, and given it was Dell’s fault, and that Australian Consumer Law dictates a two year warranty on the laptop regardless, Dell agreed to send out a technician to remove the screw for me. The same technician came that replaced the screen, and was not able to remove the screw and told me the laptop would need to go back to Dell for removal. So the process of returning it to Dell began, and in what can only be described as farcical, it took about a week of back and forth just to get the required documentation for the return process. The laptop was shipped to Dell on September 2nd, and then returned to me on September 10. 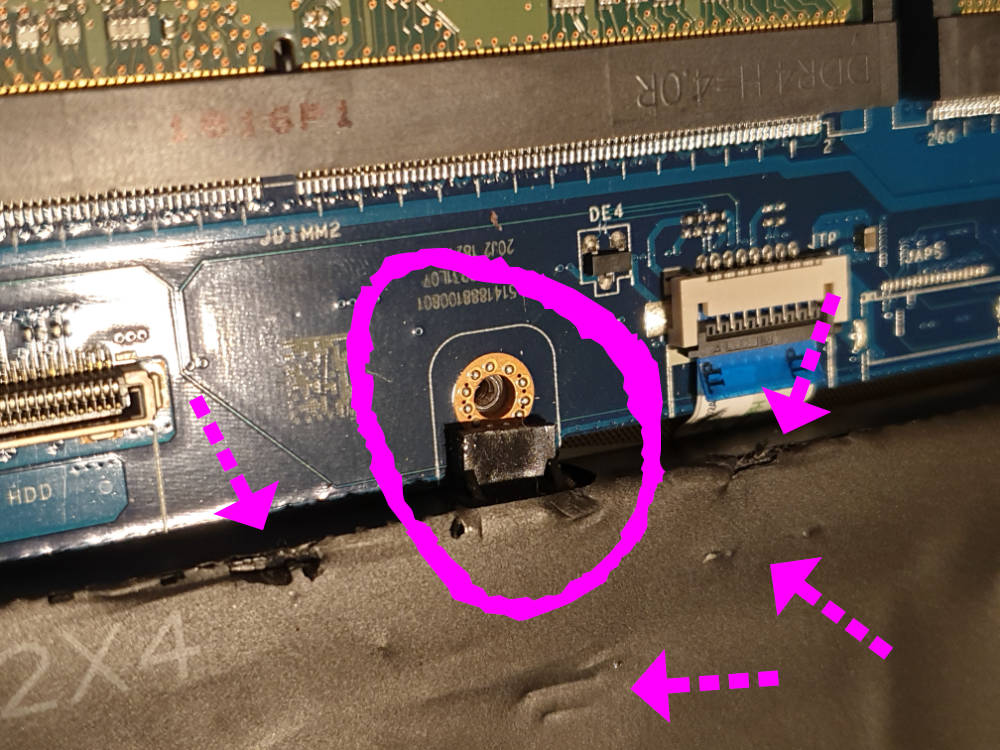 Many missing screw because the plastic tab off the battery had been snapped off. Note also the damage on the battery.

This is when the real problems began…The item shipped back to me, was not my original laptop, it had a replaced palm rest, motherboard and bottom cover, basically everything below the screen, which itself had already been replaced. And obviously my original SSD and RAM was also replaced as it required me to setup Windows once again, but instead of having a Windows 10 Pro license as I has paid for, I now only had Windows 10 Home installed! About one third of the way into that setup process the laptop blue screened with an error of: WHEA_UNCORRECTABLE_ERROR, It counted up to 100% and then froze completely. I then needed to hard reboot it and start the process again, and again and again until it finally got through the setup process.

After two minutes of just sitting there not doing anything on it, it crashed with the same blue screen failure and once again counted up to 100% and locked up again. This process just repeated over and over…I then did a clean install Windows from a USB stick in case the install on the SSD was faulty. I got through the install and setup process fine, but then once again it started crashing with the same blue screen error, and locking up totally at 100%. Clearly the laptop has a hardware error.

It has now been over a week since contacting Dell to fix this and absolutely nothing has happened. So I asked for a refund a few days later, only to receive this reply today:

“We just got an update from our escalation team regards to your refund request. Unfortunately, it has been rejected as the current issue that you are having relates more to a software issue, This is because the issue that you are having currently is a BSOD, Wrong OS installed and screws apparently that are too tight. Our escalation team believe, that we can resolve these issues by performing an OS Re-installation (OSRI) and replace the bottom base cover and screws by sending an onsite service. At the same time, among all three services done from our end. Only the recent service is considered to be a major issue as major parts were replaced. The other two services done previously, only had minor issues with the chassis. Besides, even if collection and refund is approved. It will not be done overnight or in a day. There are some procedure by collecting the unit and proceeding with refund. Therefore, at this circumstances. I believe proceeding with an onsite service would be the best.”

So based on the reply above, they have not read a word I said. The refund was rejected because it is a software issue and screws that need replacing! The screws have of course already been replaced, along with the motherboard, palm rest and base cover! Although there was one screw missing on its return from Dell, ironically enough the one that was stuck in and caused all this nightmare! 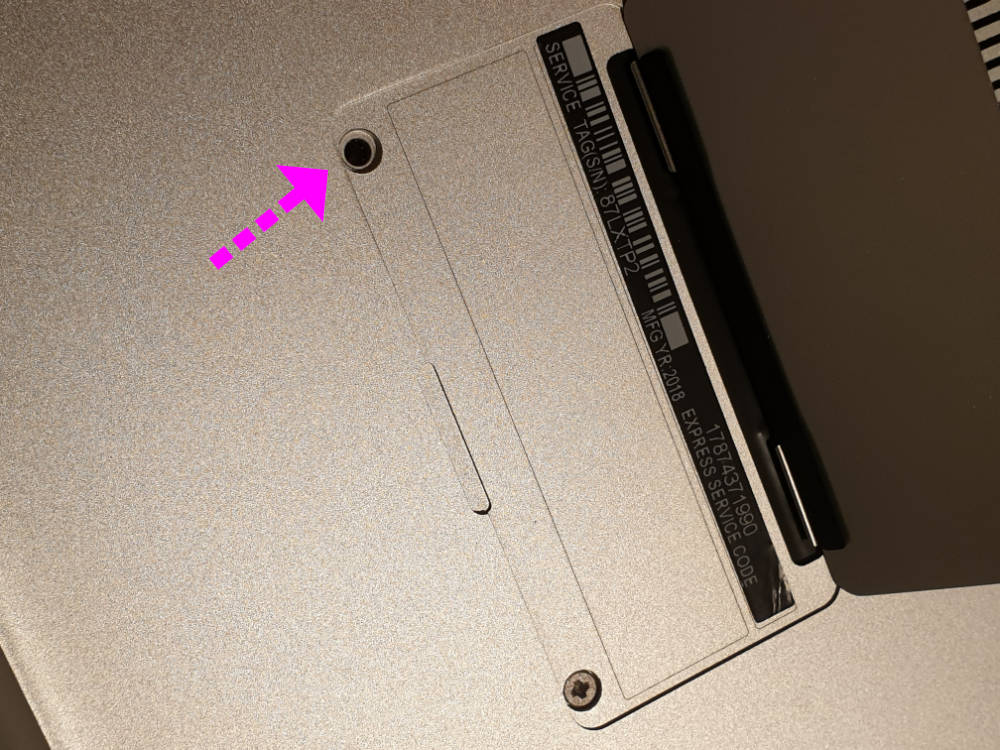 After trying to use it again now, I get crash after crash after crash…it is unusable. I have tried to contact Dell Australia by every means I could find, but I constantly get redirected to a call center in Malaysia, where I am greeted by someone reading off a cue card and being useless and incapable of assisting me at all. It does not matter if I contact by email, phone or chat, the result is the same…“Support will take care of it for you”  The problem of course, is that support is doing absolutely nothing and meanwhile I am unable to do my work.

This went on for over two more weeks, whereby Dell did absolutely nothing other than repeat the above statement in various forms, and asked me to approve an onsite technician, which I did a number of times, and still nothing happened. I then replied in huge bold lettering to send out the technician. Eventually, it got through, and a technician arrived to fix the software issue.

On arrival the XPS was sitting there in crashed mode for him to see, I asked him what he was instructed to do, and he told me he had to replace the software and the bottom cover of the laptop, plus the screws around the edge of the bottom cover. Of course, none of these things were required and it made it perfectly clear that Dell’s support in Malaysia do not have a clue what they are doing.

But, after seeing the crash the tech suggested it may be the SSD, so he replaced it and after re-installing the software from a Dell USB Stick and setting it up, the machine continued to crash once again. He then replaced the Motherboard (yes he brought one of them too!) and re-assembled the XPS and we started the install process once again, and this time the XPS did not crash. So it seems the software issue was in fact a faulty motherboard. 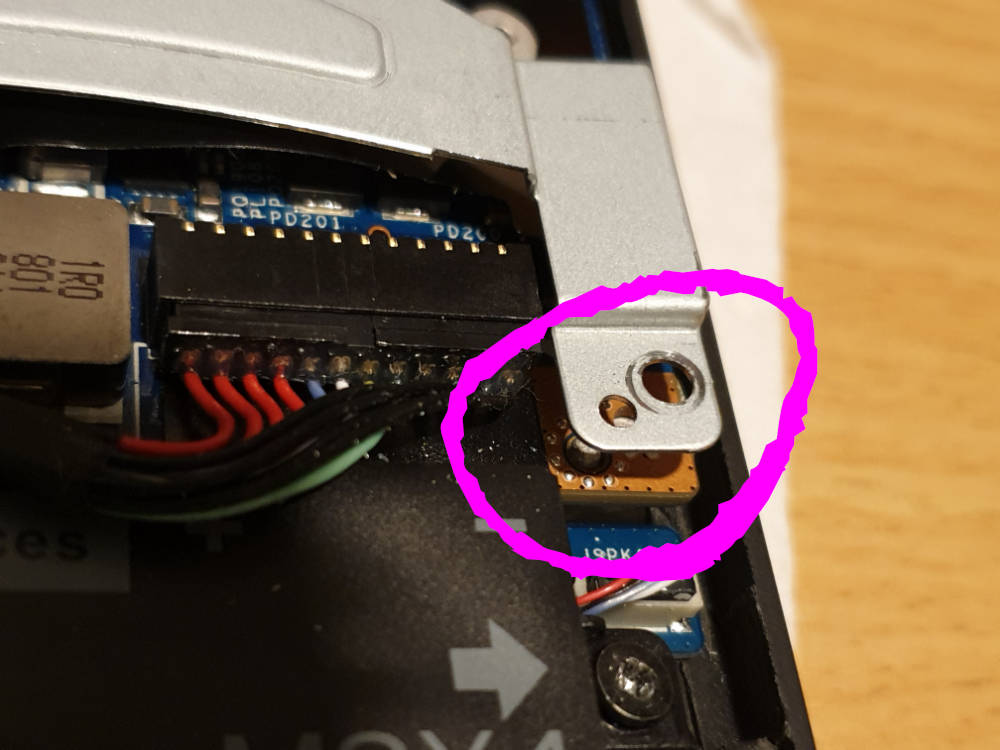 This screw was left out by the technician as the thread had been ruined, so this metal bracket was just sitting loose inside.

The thing is, during the time the tech was here trying to fix it, I got to see what Dell had returned to me after they had it, and what I currently have is not one single part of what I originally purchased. Firstly the screen was replaced, and now the entire bottom section, which would all be fine if the replacement parts were anywhere near new. (See pictures below)

The battery looked like it had been used as a football, with one of the plastic tabs used to screw it into the laptop broken off, and therefore without a screw holding it in, and it has dents and marks all over it. There is also a metal bracket that has a screw hole at each end, which goes over a cable to hold the cable in place on the motherboard…one screw just would not hold, as the hole it was screwing into was clearly threaded, so he left that screw out completely.

I have of course contacted the useless support here in Australia (which is really Malaysia) to request this to be fixed, replaced or refunded, and so far after a number of days, I have heard nothing. I then posted the request to Dell’s support page on Facebook which claim to have taken control of this situation and will be getting back to me in 1-2 business days. I contacted them after that time transpired, and was told they are still working on it….

So the bottom line here is Do Not Buy A Dell Computer, at least not here is Australia as there is absolutely no Dell company in Australia that handles ANYTHING for consumer products. If you have a problem with it, you will be forced to deal with foreign telephonists reading off cue cards that use absolutely no common sense with regard to whatever your issue may be. It is a hell you do not want to have to deal with…And finally after fighting for six weeks, Dell have agreed to provide a full refund, time to move on. 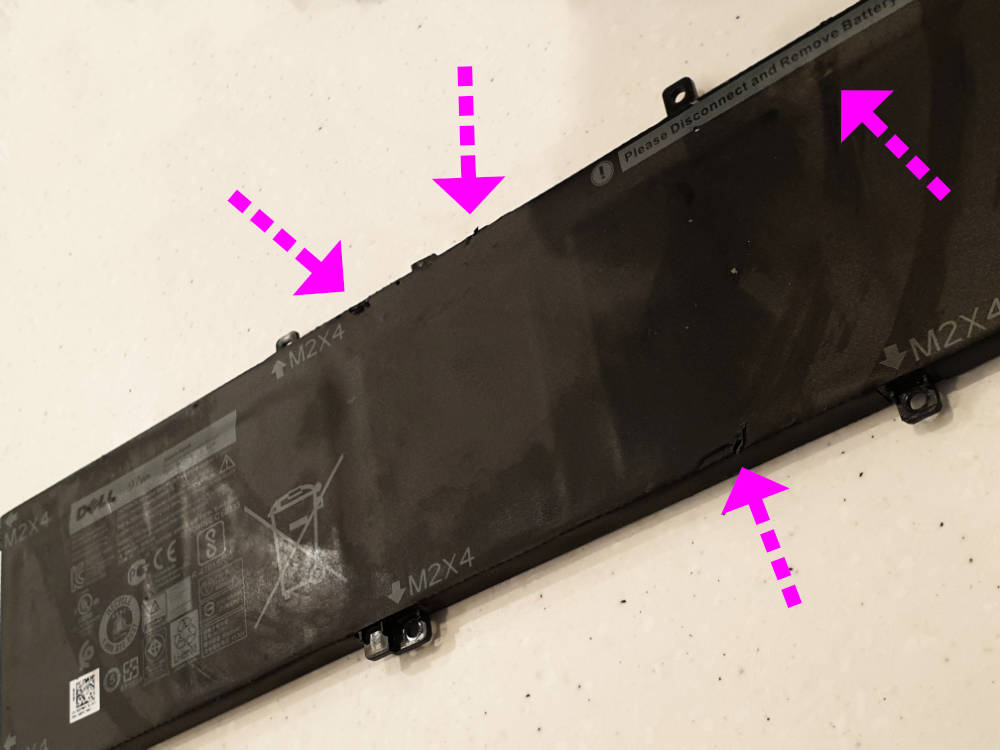 The battery Dell put into my XPS has clearly come out of another XPS that has had some kind of liquid spill, and it was probably thrown in the bin originally based on all the physical damage to the casing.
PrevPreviousWhy I bought a Sony RX10 IV for Travel
NextSwitching to Gigabyte Aero 15 OLED LaptopNext