Port Campbell National Park, Victoria
Loch Ard Gorge is quite possibly the best kept secret along the Great Ocean Road, proving to be more than just a place for a quick photo opportunity.

Australia’s Great Ocean Road is now a world famous destination for any visitor to the southern part of Australia, featuring incredible views along the road, with many vantage points for incredible photographs. The most famous of course is the 12 Apostles, and the best vantage points for viewing them are usually filled with tourists, making a little difficult to get that great shot, but patience can reward to keen photographer.

The sad thing is, most people are simply parking the car (or bus) getting out for a quick look, take a few selfies and then head back to the car or bus, then off to the next vantage point. This is hardly ‘experiencing’ the Great Ocean Road now is it? But their loss is our (photographers) gain as there are some places along this magnificent stretch of road that very few truly venture down into, and that is Loch Ard Gorge.

Loch Ard Gorge offers some spectacular opportunities for photographers, and for anyone looking to truly experience the wild oceans of Australia’s southern regions. Situated in the Port Campbell National Park just three minutes away from the 12 Apostles, Loch Ard Gorge is one of the best kept secrets of this tourist location. It is also in my view the best place to experience the wild oceans, and the magnificence of the Great Ocean Road.

Most tourists stand at the top near the car parking area, and take a few quick snaps, some will venture down the staircase to the beach below, and take a few more happy snaps before making their way back up the staircase and onto the next vantage point, totally missing the opportunity to enjoy this great location. For myself and my family, we stop at the Warrnambool Cheese & Butter Factory to grab some great cheese and bread, which makes for a great lunch while sitting on the beach under the over hanging rocks. Our kids would spend hours swimming in what can at times be a wild beach, or exploring the rocks around the edges of the inlet. 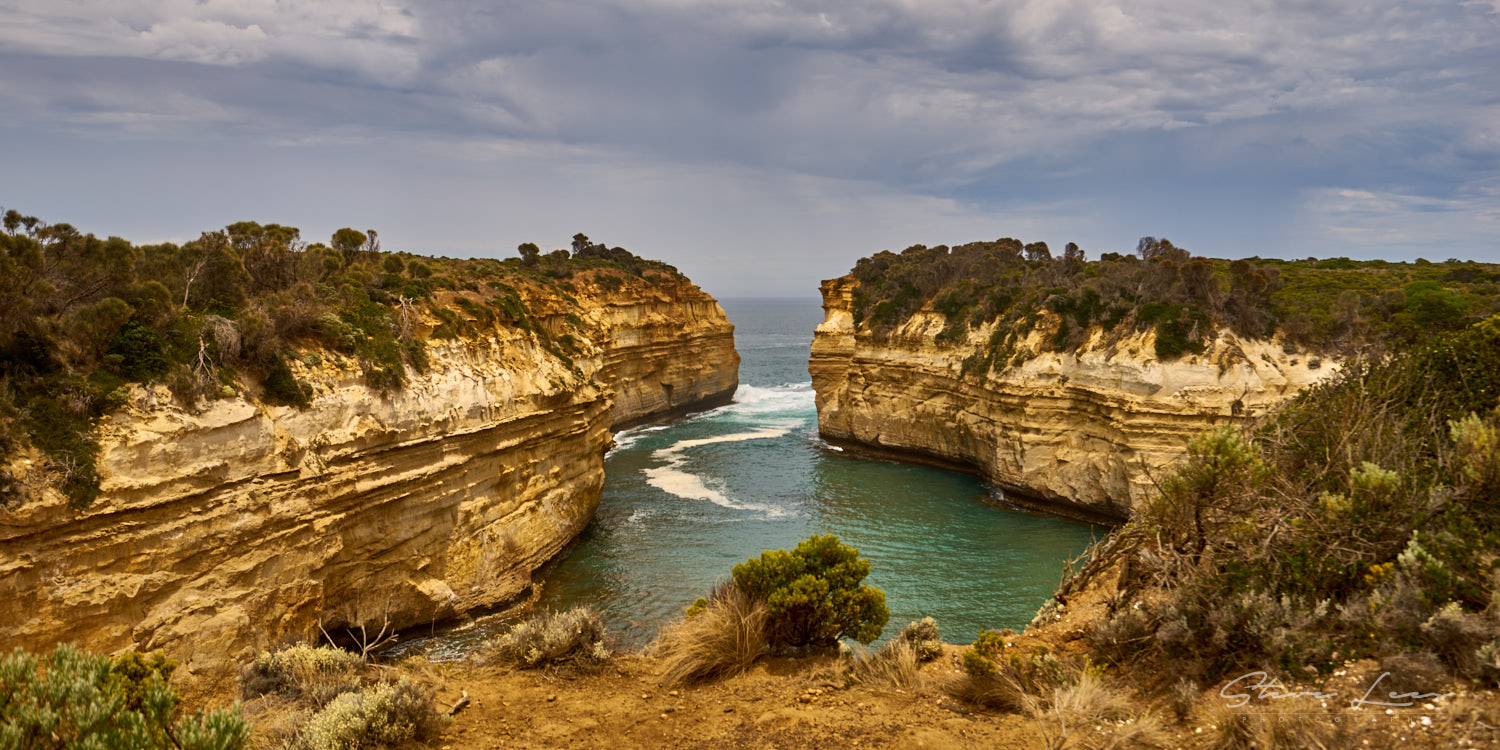 The History of Loch Ard Gorge

In 1878, a large clipper ship engraved with the name Loch Ard beached on nearby Muttonbird Island after a long and tumultuous journey from England. It was said that the ship entered the waters of Port Campbell on a dark and misty 1st of June. Before they even realised it, the ship was in shallow waters, colliding with a rock reef and running aground near Mutton Bird Island. Unfortunately, only two of the fifty-four passengers survived, one of whom was a nineteen-year-old sailor apprentice named Tom Pearce, and the other a nineteen-year-old Irish girl called Eva Carmichael, who was travelling with her family.

Tom was first to wash ashore at the sandy beach, hearing a woman’s cries for help nearby. He bravely headed up into the waters and rescued Eva, with the two calling for help from the locals. The two soon became famous amongst Victoria, with Tom being welcomed as a hero. After about three months, Eva decided to return back to Europe where she went on to marry an aristocrat. Tom remained a sailor and returned to England where he died at the age of 49, and remains known as a hero of his time. Thus the name Loch Ard Gorge was born, in honor of those who’s lives were lost on that fateful day.

Loch Ard Gorge can be a rough beach at times, simply because of the force with which the waves enter the narrow opening into the gorge, and then as the gorge widens the waves seem to build energy and thrust themselves on the shore. Because of this, there is no better place to be on a hot summers day, and given that most visitors do not venture past the stair case at the top, you generally have this place mostly to yourself, and the few other smart travelers who know this place well.

Shot on a Sony A7R II with a